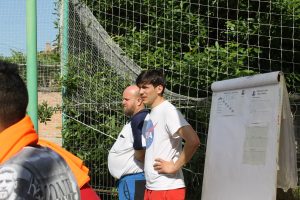 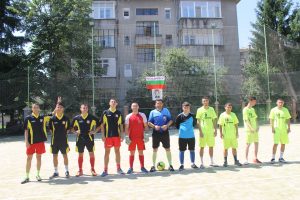 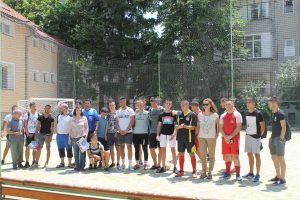 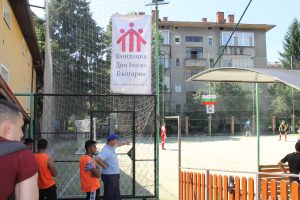 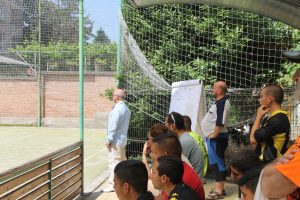 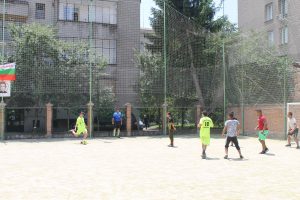 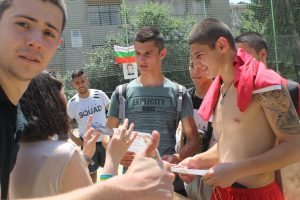 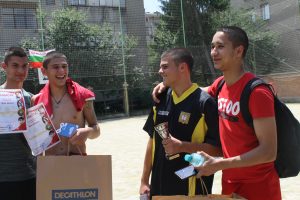 On the 13th of June 2019, on the playground in the courtyard of the Don Bosko Bulgaria foundation – branch Kazanlak was held the seventh football tournament with the participation of scholars from the secondary schools of the town of Kazanlak . The tournament is part of the Kazanlak Municipality Youth Calendar and is supported by Kazanlak Municipality, which provides the prize fund, the medical staff and light snacks for the participants. The tournament included scholars from the Vocational High School for Transport and Transport Management /VHSTTM/, Kazanlak, Vocational High School of Light Industry and Tourism /VHSLIT/, Kazanlak, Vocational High School Ivan Hadzhienov, Kazanlak and the team of Don Bosko Bulgaria Foundation. The teams played by the schema everyone plays with everyone. The youngsters played sportsmanlike, with no rude entries and scandals. Third place was won by the team of Ivan Hadzhienov, the second team was the team of the VHSTTM and the first one for the third time was the team of the VHSLIT, by which the Don Bosko Cup stayed as “the transport” managed to win it three years in a roll. The director of “the transport”, Mr. Peychinov, visited the tournament and supported the boys from his team. For the first time two top scorers were distinguished: Ioannis Xanthopoulos from VHSTTM and Stefan Perchemliev from VHSLIT. Yordan Alexiev from Ivan Hadzhienov VHS was distinguished as the best goalkeeper of the tournament. The team of the Don Bosko Bulgaria Foundation was ranked last. Marian Gospodinov was once again the refer of the tournament. His professionalism also contributed to the level of the game. In the organization and holding of the tournament took serious part the European Solidarity Corps volunteer Jan Vrba, who works with Roma children and young people at branch of the Foundation in the project “Education vs. Poverty 3 “, 2018-2-BG01-KA125-048113, co-funded under the EU Erasmus program.
Our team is thankful the young people and their teachers and leaders for the participation and quality fair play.
We are also very grateful to the Kazanlak Municipality, which has been behind our initiative for the seventh time, and has supported the promotion of healthy lifestyles, the prevention of social exclusion of young people and the popularization of the volunteering.